It would seem that the term itself is very self-explanatory, as real estate developer simply develops or improves real estate.

In reality, the entire concept of realtor development is of course much more complicated than that.  Unlike someone that purchase a home to fix it up and resell it, a large-scale or high-end real estate developer often deals in millions or even billions of dollars in investment.

It’s true that a developer may be an individual, but more likely will be a partnership or Limited Liability Company, or even a corporation.

Land developers usually purchase land that is unimproved, meaning that it has yet to have utility connections, roads, any type of grading, and so on.  Unimproved means just that, in every case.

Developers then step in and define the “covenants,” which are the context of any future builds and improvements on the land.  They also gain “entitlements,” which are legal permissions or permits in order to go ahead with their development plans.  Once these covenants and entitlements are in place, the land development can then begin, with earth grading and other land leveling, utility connections, and zoning.  Roads are also planned, built, and paved, whether for large cities or just neighborhoods.

Once the land is properly developed, building developers may then step in.

These building developers then have buildings, whether offices, retail, or private homes, planned and built on the land.

Some building developers also purchase existing buildings or properties for the purpose of upgrading, remodeling, razing and rebuilding, or otherwise improving whether for sale, or to keep as assets to produce cash flow via rents and other means.

When you really think about it, you realize the great amount of work and obvious risk that is involved in real estate development.  Additionally, homes or estates cost a lot of money to purchase and develop (sometimes called “hard costs”), and can sometimes be difficult to sell.  Because of these high expenses and difficult sales, and because the return on investment often takes some time, this explains the risk in ownership and development.

So then why choose this as an occupation?  One thing to remember is that most real estate development projects are financed with debt leverage, that is, with borrowed funds the proceeds of which are assumed to earn a greater rate of return than the cost of interest.

By using debt leverage rather than personal investment, this cuts the risk tremendously.

How do you actually get wealthy?

And of course for most, the real question is how one actually gets wealthy from home developments if the work is so hard and the risk is so high.

The answer is of course complicated, and certainly there is nothing guaranteed.  Many developers have lost as much as they have gained, and the market fluctuates greatly.  However, it seems that those who are smart about their investments and developments are the ones that are successful.  After all, the entire point of real estate development is much like stock trading – you want to sell the product for more than you paid for it.

Having a true understanding of what makes real estate valuable is key.  Make a good decision as to location, upgrades, and the like, and you’re sure to make money.  Make bad decisions, and you’ll lose money.

To actually get wealthly then, it pays to do your homework as they say.  Purchasing land or buildings on the low end is good, but just because something is affordable doesn’t mean it’s going to turn a profit once it’s developed.  There may be a reason why certain areas are undeveloped or certain buildings are up for sale.

Quite often, when people begin to invest in commercial real estate, they begin small.  They may acquire a single family dwelling, a duplex or maybe even a small apartment building.  In order to keep continue the commercial investment game; you have to keep moving property.  In fact, if you do not grow, you will eventually find that your bank can no longer help you because you have maxed out your investment portfolio.  Taking too long to develop can be a death sentence in the game.

Additionally, staying on top of trends in the real estate market is also crucial.  Population shifts can greatly affect the outcome of a development project.  When the populace is moving out, it makes no sense to develop new property or refurbish old ones – who will buy the property is everyone is moving away?  And, who will buy your developed land if all builders are unable to sell their current properties and are looking at other areas?  Sun Tzu, author of “The Art of War,” said, “By taking into account the unfavorable factors, he [the soldier] may avoid possible disasters.”  This point can obviously apply to real estate development and eventual sales.  Being wise about potential problems with any one area or development deal can help avert monetary disaster.

To actually get wealthy from real estate development, it takes some skill and effort to stay ahead of the game, and the ability to organize all the steps needed, as well as to delay profits.  However, with a bit of work and study, it can pay off.  Development has long proven to be one of the most profitable areas of business that’s around – if you have the patience to play the game right. 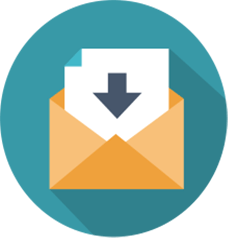 To ensure that we get the process started and moving forward quickly, please let us know what type of Mortgage Loan Approval you are inquirying on?

Enter your information here and the communication process will begin. We will be connect with you to obtain your personal information as well as design and develop the best path forward for you.  Thank you for allowing PLS to be a part of the process!

Your privacy and security is our most important concern now and throughout the process.

When we collect your personal documentation, you will have to opportunity to upload to our secure portal.   We will never share your personal information.

Enter your information here and the communication process will begin. We will be connect with you to obtain your personal information as well as design and develop the best path forward for you.  Thank you for allowing PLS to be a part of the process!

Your privacy and security is our most important concern now and throughout the process.

When we collect your personal documentation, you will have to opportunity to upload to our secure portal.   We will never share your personal information.